Square Enix has released all episode of Brotherhood: Final Fantasy XV anime! The series delves into friendships between Noctis, Prompto, Gladiolus and Ignis and provides the backdrop to the adventure players will set out upon the release of Final Fantasy XV. The second episode reveals an unexpected background […] 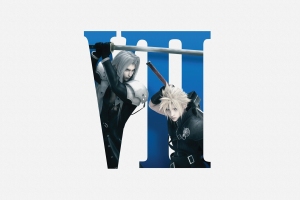 Square Enix has published an extended version of Final Fantasy XIV: A Realm Reborn opening, titled as “End of the Era”. If you have already completed all Bahamut coils, you might be familiar with this cutscene – it focuses on the great sage Louisoix Leveilleur and his fight […]

Do you wanna get featured on Cosmos? Check this out! It’s time to get ready to rave our fellow readers! The third Cosmos transmission is featuring amazing EDM music by talented Final Fantasy fans, Lance Lasheras and Justin Kim. They are Canadian producers who have formed a duo called […]